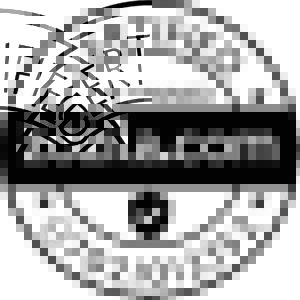 Product Country of Origin : This is a pre-owned product, purchased from Individual in India.

All our pre-owned games are quality tested & fully playable, but bonus content or codes for online play may have been redeemed. Game may not include original artwork and/or manual.

Pre-owned games may have minor scratches but are guaranteed to work.

Please Whatsapp 7021013352 For Any Queries Related to the Game or Pricing.

Battleborn is a next-gen hero-shooter brought to you by the creators of the award-winning and best-selling Borderlands franchise.In Battleborn’s distant future, the only hope for the last star in a dying universe is a new breed of warriors, who must put aside their differences to drive back an unstoppable menace. Choose from a myriad of powerful heroes and fight together alongside your friends in an intense co-operative campaign, or battle against them in fast-paced competitive multiplayer matches. Battleborn OverviewFrom the creators of Borderlands comes a new first-person shooter for every kind of badass.The universe teeters on the brink of extinction and only the most powerful Battleborn can stop it. This band of badasses will slice swords through enemies, fire massive machine guns, sling powerful spells and much more! Command 25 unique heroes. Fight alone or alongside friends. Play story missions or mow down foes in competitive multiplayer matches.Rendain and his evil army must not be allowed to destroy the last star. Do you and your friends have what it takes to save it? Story ModeBattleborn’s Story Mode is a narrative experience playable in a single-player capacity, as well as cooperatively by up to five friends via splitscreen or online. The Story Mode is modular, allowing players to choose which missions to enjoy next. The modular structure of Story Mode also allows players to replay missions for the chance to earn better loot. 25 Playable CharactersBattleborn has a deep and diverse roster of 25 playable heroes, each with its own personality and equipped with unique weapons and powers. An accelerated character growth system, known as the Helix System, allows players to level up a character from 1 to 10 in a single story mission or competitive multiplayer match Competitive MultiplayerBattleborn’s team-based competitive multiplayer action can be experienced by up to 10 players online in 5v5 matches and will include three distinct modes:Incursion: Teams of heroes defend their base from waves of AI-controlled minions while working together, alongside their own minions, to destroy their opponents’ base;Devastation: Teams of heroes face off in a fast-paced death match and must capture and hold objectives on the map to win;Meltdown: Teams of heroes protect their minions as they march to their death at the center of the map. Points are scored for minions who throw themselves into the incinerator, and the team with the most points wins.

There are no reviews yet.

Only logged in customers who have purchased this product may leave a review.